A Brief History of Electroplating 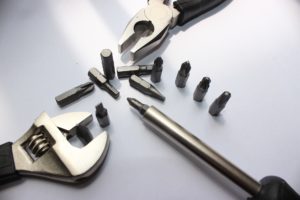 How was electroplating introduced?

Electroplating was invented in 1805 by Italian inventor Luigi V. Brugnatelli. He did this by linking a wire between a dissolved gold solution and a battery, also known as a Voltaic pile. A metal object was then connected to the wire, allowing the gold to become attached to it. This caused the metal object to take on a shiny, gold coating.

After the widespread popularity, cousins George and Henry Elkington came to realise that the electroplating industry and metal coating services were growing rapidly. They bought the patent from John Wright and gained several other patents alongside this, such as silver and gold electroplating.

How did electroplating services grow to remain popular today?

After the Elkington’s bought the patent, the popularity of electroplating continued to grow. In the 1940s, conventional potassium cyanide solutions were replaced with acid baths, providing a safer solution to electroplating. New, stricter and safer regulations were introduced in the 1970’s, as more advanced hardware was being utilised. This meant the process became more efficient, benefitting many commercial plating companies who were metal finishing on mass.

The modern day’s technological advancements and developments means that electroplating can take place safely on a broad range of materials, from zinc to stainless steel. Many industries now depend on electroplating for improving the properties and aesthetic appearance of their products.

Discover our full range of electroplating and metal coating services at Dorsetware. Receive a free quote and learn more by contacting our expert team on 01202 677939. We offer a fast turnaround with express delivery!